Creative agency DDB has a new logo, which it says captures the essence of the agency and its people.

DDB said other agencies are commoditising their names, while also turning away from their founding principles and visions. To push back against this, DDB’s new logo includes the agency’s full name, Doyle Dane Bernbach.

The latest positioning for DDB comes after the agency launched its new business plan in 2017, in which it sought to start creating “unreasonable growth” for brands, and argued the advertising industry is being held back by clinging to old ideas about how people make decisions.

The new visual identity, unveiled this weekend is a sign of the agency doubling down on its core values – creativity and humanity – the agency said.

“The evolution of DDB’s visual identity is a timeless and timely update for one of advertising’s most enduring and celebrated brands. The new mark celebrates DDB’s heritage and legacy, reflects the contemporary thinking and work that we are known for today, positioning us for the exciting future we intend to claim. Just as we would advise any of our clients, great brands have a foot in their past and a foot in their future,” the agency said in a statement.

Wendy Clark, CEO of DDB Worldwide, also focused on the connection between the past and the future.

“Great brands have a foot in their past and a foot in the future. This visual identity perfectly captures our heritage and legacy, the contemporary thinking and work we’re known for now, and positions us for the future we intend to claim,” she said.

Barry Quinn, chief design officer at DDB North America, added: “Our new visual identity is contemporary and strategically designed for today’s needs. But it purposely retains a strong link to our visual history. It’s much more than a symbol, it’s a canvas for the creativity.”

The logo was created by DDB’s North American design team. 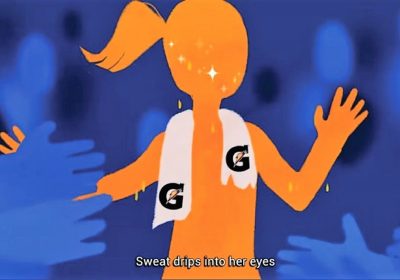 #NothingBeatsGirls In these trying times, the toughest girls blaze through. This is a salute to every single female with a fight to conquer. ⚡ #NothingBeatsGirls……Illustrations by Margaux Janelle Art 🇵🇭 Posted by Gatorade Philippines on Wednesday, March 25, 2020 It’s been an eventful month of March. Aside from the worldwide pandemic and lockdowns,… 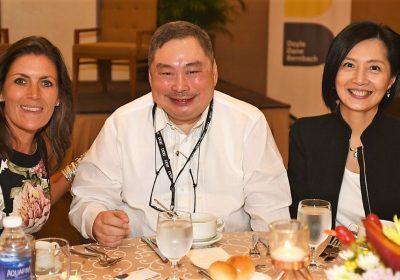 On behalf of our Group Chairman & CEO Gil Chua, we thank our…