“Business leaders should make braver bets and braver decisions,” she said, citing empirical evidence in a study done by Effie Worldwide involving 6,000 campaigns, which shows that “those that skimped on courage performed considerably less well than those that swung for the fences.”

“Our responsibility is to create great impact and effectiveness for our clients. As such, we can’t afford not to take those big bets and risks. That is where the greatest returns will come from. We need leaders in our industry who can do that. Be more curious, compassionate and lead with bravery,” Clark stressed.

Clark said that being an agency and as marketing communications professionals, we should also know and understand the market on behalf of our brands and the companies we work with.

“Belief is the most powerful lever in leadership and business. Find that values connection, belief connection with the consumers we’re serving for our brands and companies, and make sure that we operate on and only celebrate and advance that belief. Be brave enough to come up with great ideas, and know your consumers’ beliefs and values, to be most effective,” she said.

Advertising, she said, is like an uninvited guest. People don’t wake up to say, “I want to see advertising today.” That’s why she said that those in the advertising profession should learn their craft well to earn the attention of consumers. Effective advertising, according to her, is content that delivers results and seeks attention to move people to action.

“Being underestimated, on the other hand, can serve as an inspiration to come up with a great turnaround,” she said. “It can be a powerful tool. Think of it as fuel in your tank to go on and achieve what you got to do – to outwork, outthink, outrun, outdeliver, and outperform. Remember that the path to learning is failure. Failure is a bruise, not a tattoo,” said the multi-awarded global CEO who has been described as one of the most important women in advertising by global media brand Advertising Age.

When it comes to creative briefs that you get at work, Clark said that no matter how simple the brief maybe, don’t underestimate it. “Spend time to study it, and work at creating something that is really compelling, interesting, shareworthy and useful,” she added.

Clark complemented her talk with select quotes from the greatest minds in global advertising as well as compelling case studies that show bravery, belief, and being understated as powerful tools for coming up with great works that are most relevant to audiences and produce the greatest results.

“You can apply the aforesaid three principles not only to your brands, your companies, and on how you practice marketing and advertising, as well as to your leadership style and on how you pursue your career, she said.

Meeting the press after her talk at DigiCon, Clark then proceeded to a luncheon at the Manila Polo Club with DDB Group Philippines’ executives, clients and friends, before heading to the latter’s head office in McKinley Hill, Taguig to join the company’s townhall and executive committee meetings, respectively.

“It was an eventful and memorable day for us. We are glad to be visited by our global chief executive who generously shared her knowledge not just on advertising, but also on her advocacies, especially on how women can have it all. She also brought to the fore the emotional advantage that we at DDB try to create for our clients, to capture the consumers’ empathy and move them to action,” said Gil G. Chua, group chairman and chief executive officer of DDB Group Philippines.

A fully integrated creative solutions provider, DDB Group Philippines is part of DDB’s more than 200 offices in over 90 countries. The latter is acknowledged as one of the world’s largest and most influential advertising and marketing networks. 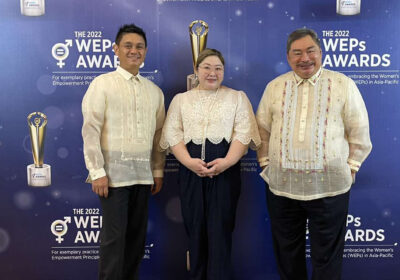 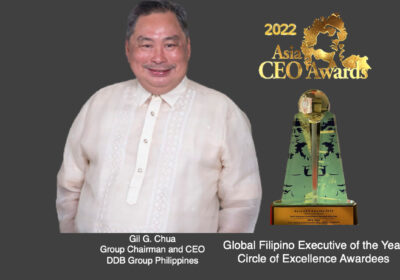 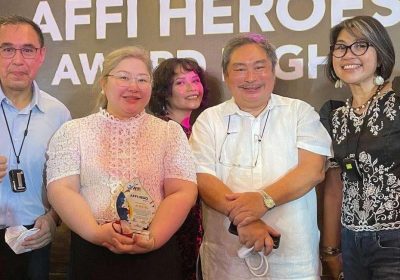